Have You Filled a Bucket Today? - Carol McCloud 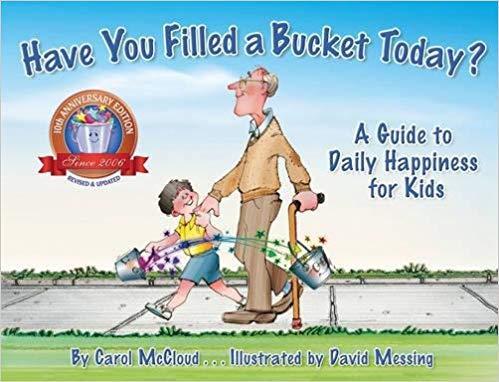 This heart-warming book has become a classic, selling over a million copies, and is listed as one of the top children's books that encourage kindness towards others. It encourages positive behaviour by using the concrete concept of an 'invisible bucket' that holds your good thoughts and feelings. When you do something kind, you fill someone's bucket; when you do something mean, you dip into someone's bucket and remove some good thoughts and feelings. This book focuses on how our social interactions positively or negatively affect others and encourages all to be kind.

http://www.jointhebearhunt.com For a quarter of a century, readers have been swishy-swashying and splash-sploshing through the award-winning favourite picture book We're Going on a Bear Hunt by Michael Rosen, illustrated by Helen Oxenbury In this video, Michael Rosen performs the book - why not sing along with your copy at home! 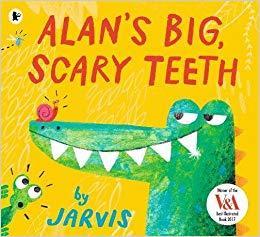 Alan is an alligator with a secret. Famed for his big, scary teeth, he sneaks into the jungle every day to scare the jungle animals. But after a long day of scaring, Alan likes nothing better than to run a warm mud bath and .....take out his false teeth, which nobody knows about!

"A riotous jungle romp about a crocodile with an embarrassing secret. It's great fun." --The Bookseller
"A dark tropical palette and a variety of paint and pencil techniques make this book busy, bold and beautiful. Children will howl (like monkeys) at the sight of poor, toothless Alan and the final page will have everyone in fits of giggles. Instantly appealing, undeniably hilarious and totally brilliant - there's really nothing that children won't love here." --5 stars - Books for Keeps

An alligator who snaps, becomes an alligator who th-naps in this hilarious, heart-warming story of making new friends and discovering who you really are. 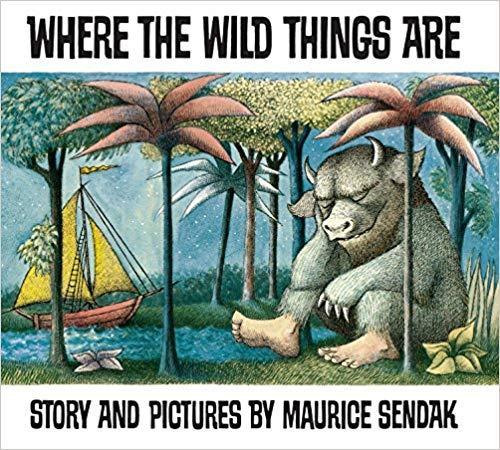 Where the Wild Things Are

One night Max puts on his wolf suit and makes mischief of one kind and another, so his mother calls him 'Wild Thing' and sends him to bed without his supper.
That night a forest begins to grow in Max's room and an ocean rushes by with a boat to take Max to the place where the wild things are.
Max tames the wild things and crowns himself as their king, and then the wild rumpus begins!
But when Max has sent the monsters to bed, and everything is quiet, he starts to feel lonely and realises it is time to sail home to the place where someone loves him best of all.

A true classic but still worth sharing

The Last Wolf by Mini Grey 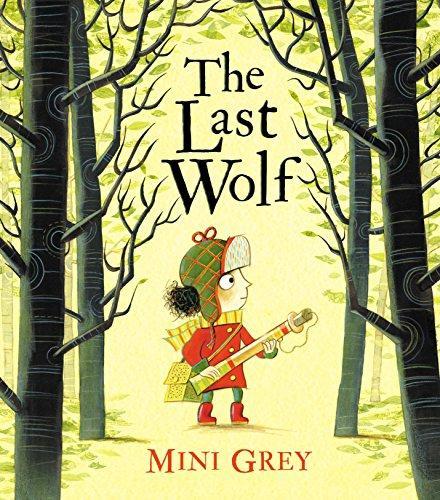 Once upon a time, Little Red set off into the woods to catch a wolf . . .
But the woods aren't all they seem - and are there even any wolves left? Mini Grey re-imagines the classic Little Red Riding Hood fable in an entirely new way. Can Little Red help her new friends in need and recover the wild days of the past? 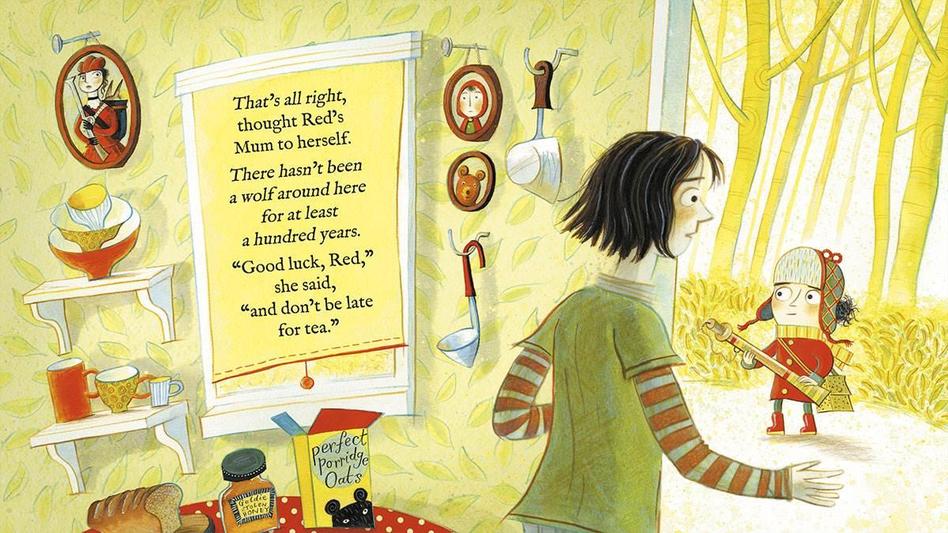 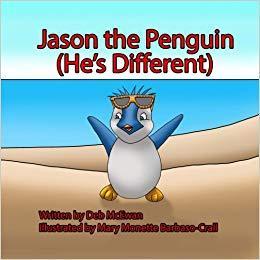 Meet Jason the Penguin. He’s bright, funny and cute. He’s also different which causes his father some concern.Jason’s Dad worries that his son won’t fit in and be accepted by the other penguins. Discover how he deals with Jason’s uniqueness through this delightfully illustrated rhyming story. Jason the Penguin is a ten to fifteen minute read aimed at three to eight year olds. The ending will ideally encourage young imaginations to make up their own stories.

The Owl Who Was Afraid of the Dark - Jill Tomlinson 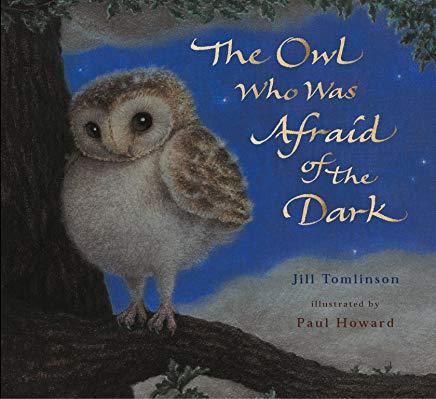 Plop, the Baby Barn Owl, is like every Barn Owl there ever was, except for one thing - he is afraid of the dark. "Dark is nasty" he says and so he won't go hunting with his parents. Mrs Barn Owl sends him down from his nest-hole to ask about the dark and he meets a little boy waiting for the fireworks to begin, an old lady, a scout out camping, a girl who tells him about Father Christmas, a man with a telescope and a black cat who takes him exploring. He realizes that through these encounters that dark is super after all. 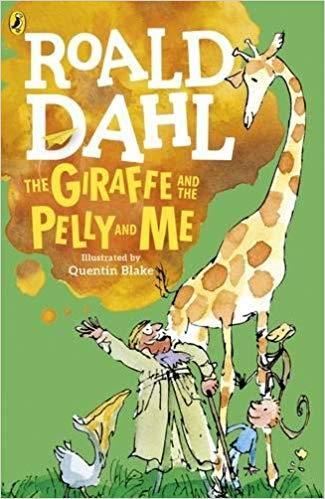 The Giraffe and the Pelly and Me - Roald Dahl

Billy's biggest wish is to turn a weird old wooden house into a wonderful sweet-shop. But then he finds a giraffe, a pelly and a monkey living inside - they're the Ladderless Window-Cleaning Company! Who needs ladders when you've got a giraffe? They become best friends and when they meet the richest man in all of England, there's a chance that Billy's scrumptious-galumptious dream just might come true . . .

Of course any of the Ronald Dahl books are highly recommended, but this is one that you may not have heard of! 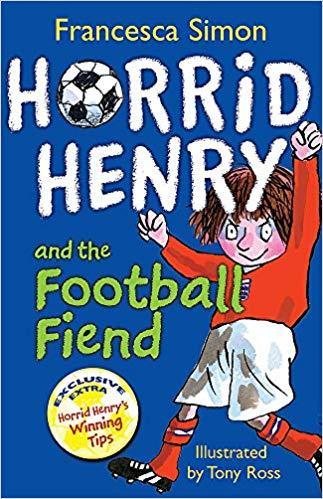 This book contains a secret diary, a football match, a shopping trip and a DREADFUL enemy! 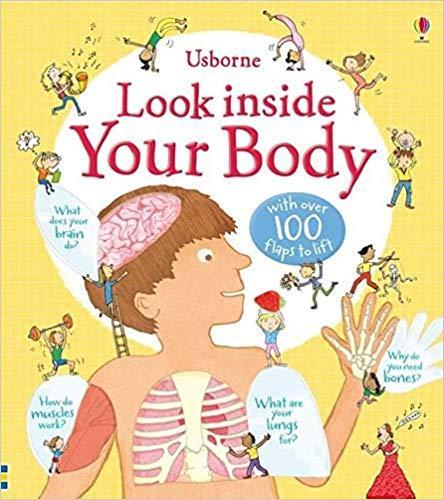 Look Inside: Your Body (Usborne books)

This is a wonderful flap book introducing children to the way their own bodies work in a fun and informative way. It is a new, smaller format of the "Look Inside" series, perfect for little fingers. It is full of surprises to keep enquiring minds entertained, including flaps beneath flaps and a cheeky peek inside a toilet cubicle. Young readers' minds will boggle as they learn about how their brains work, what happens when they eat, how their lungs use oxygen and much more.

There are more in the series below 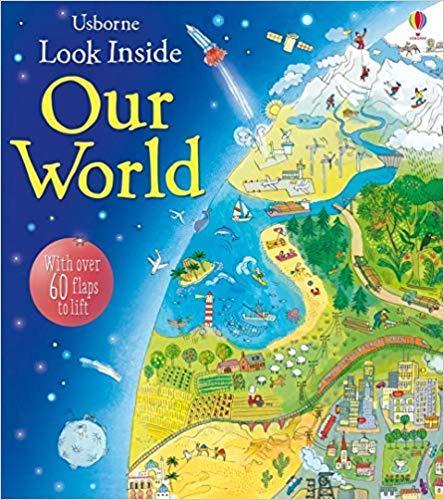 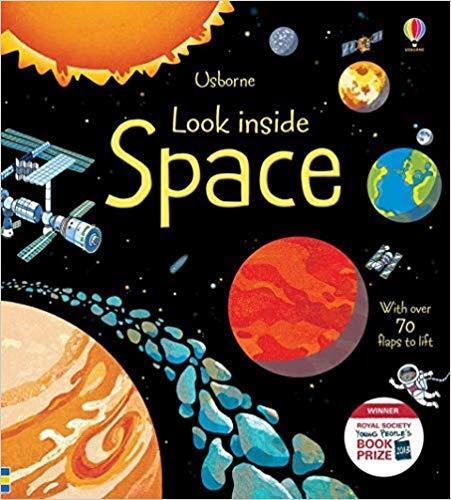 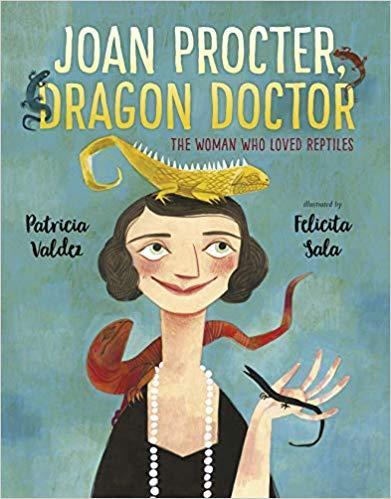 Back in the days of long skirts and afternoon teas, young Joan Procter entertained the most unusual party guests: slithery and scaly ones, who turned over teacups and crawled past the crumpets... While other girls played with dolls, Joan preferred the company of reptiles. She carried her favorite lizard with her everywhere - she even brought a crocodile to school!

The Woman who Played with Dragons! - Joan Beauchamp Procter

Joan Beauchamp Procter was born in 1897 and loved reptiles ever since she was a little girl. By the time she was my age, she had several snakes and lizards as pets and had learned about all of the reptiles found in Great Britain where she lived.

IF YOU LOVE THESE AUTHORS, THEN FOLLOW THE LINKS TO MORE IDEAS

The Very Quiet Cricket (The Very Hungry Caterpillar & Other Stories)

The Very Quiet Cricket is about a young cricket who finally finds his voice. Taken from The Very Hungry Caterpillar and Other Stories collection. Based on Eric Carle's picture book.