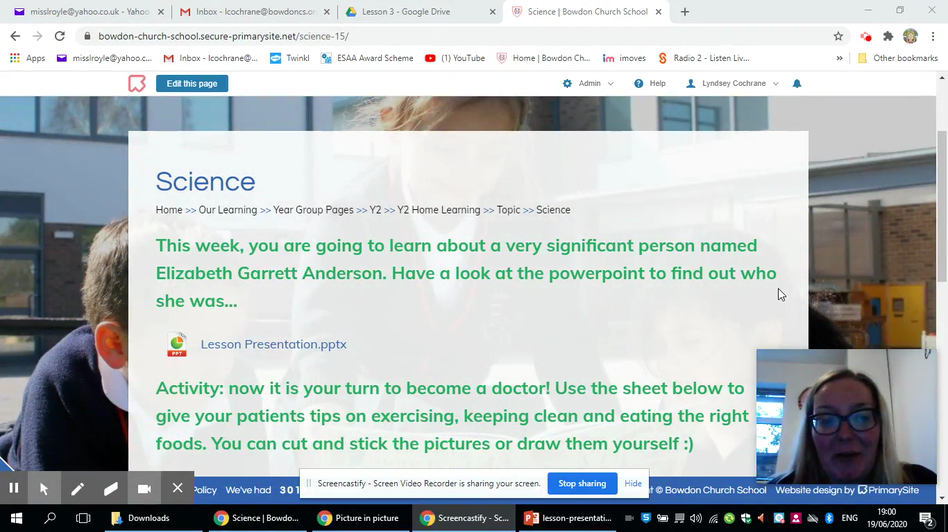 This week, you are going to learn about a very significant person named Elizabeth Garrett Anderson. Have a look at the powerpoint to find out who she was...
Activity: now it is your turn to become a doctor! Use the sheet below to give your patients tips on exercising, keeping clean and eating the right foods. You can cut and stick the pictures or draw them yourself :)

Maddie Moate decided to find out more about the UK's first female doctor, Elizabeth Garrett Anderson. Despite being a woman and facing a medical profession who believed she didn't belong there, Elizabeth became the first woman qualified to study medicine in the UK, she opened the first hospital where women could treat women AND she helped open the first school of medicine for young ladies so they could follow in her footsteps!